Today was held the presentation of the race kit Tinkoff Saxo produced by Sportful at the headquarters of Tinkoff Bank in Moscow.

The new kit has a bright yellow color similar to that of the kit for the 2014 Tour de France, which was proved to be extremely popular with fans.

To commemorate the long history of sponsorship of the team by the Saxo Bank, the collection has also maintained the blue color typical of the identity of the sponsor company.

The new design is meant to make athletes more visible in the group for teammates and coaches to support, to help differentiate them from the shackles of the leaders in various races for the duration of the season and to be easily recognizable to fans on television and roadside.

Clothing Sportful BodyFit that provided the team has been produced specifically for Tinkoff Saxo, and has been tested with continuous constant feedback from the team. Aerodynamics, lightweight, breathable and comfortable, this is the perfect uniform for the ProTour. 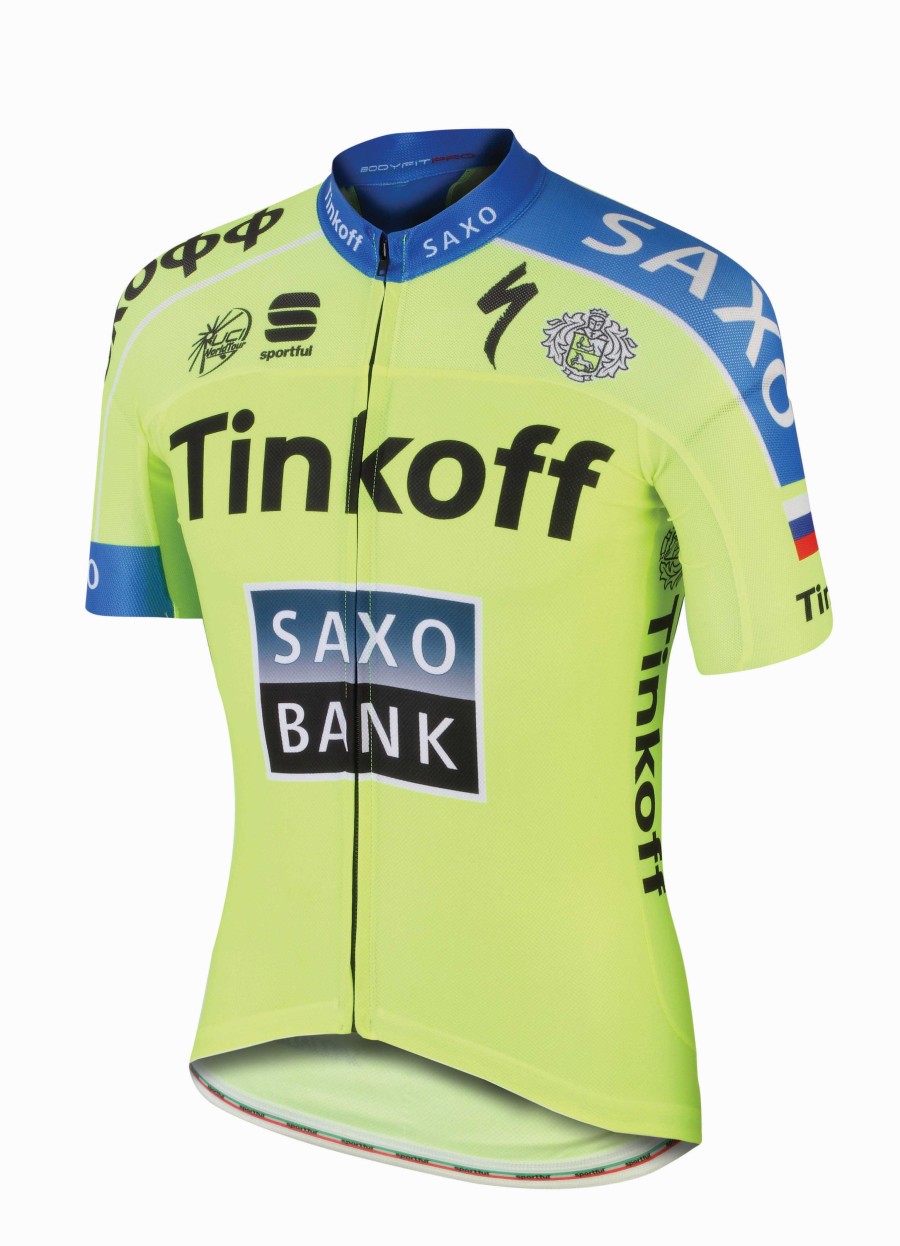 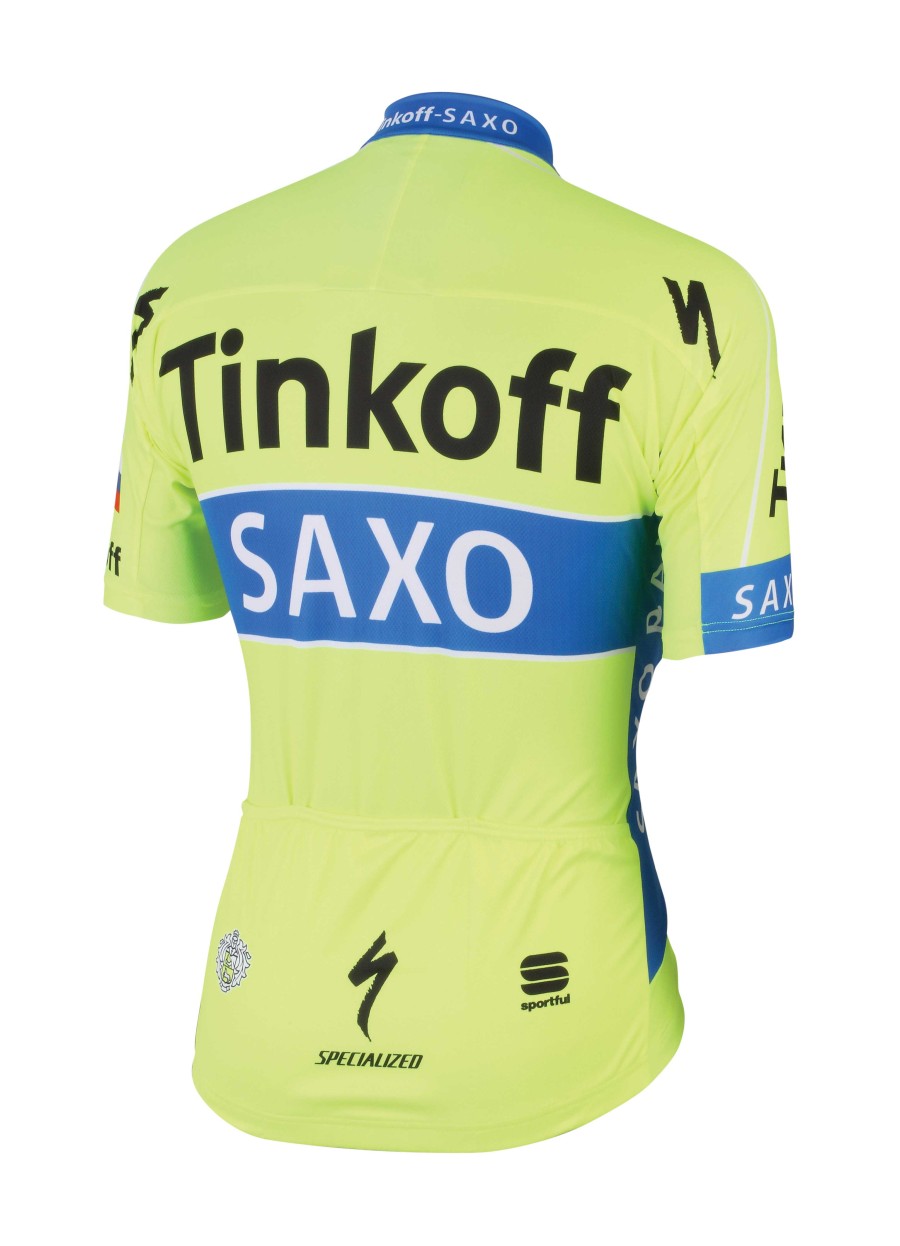 The uniforms of the team, made up of knitted and short classics, samples and Danish Slovak Peter Sagan and Michael Valgren will also be available at retailers in a short time. 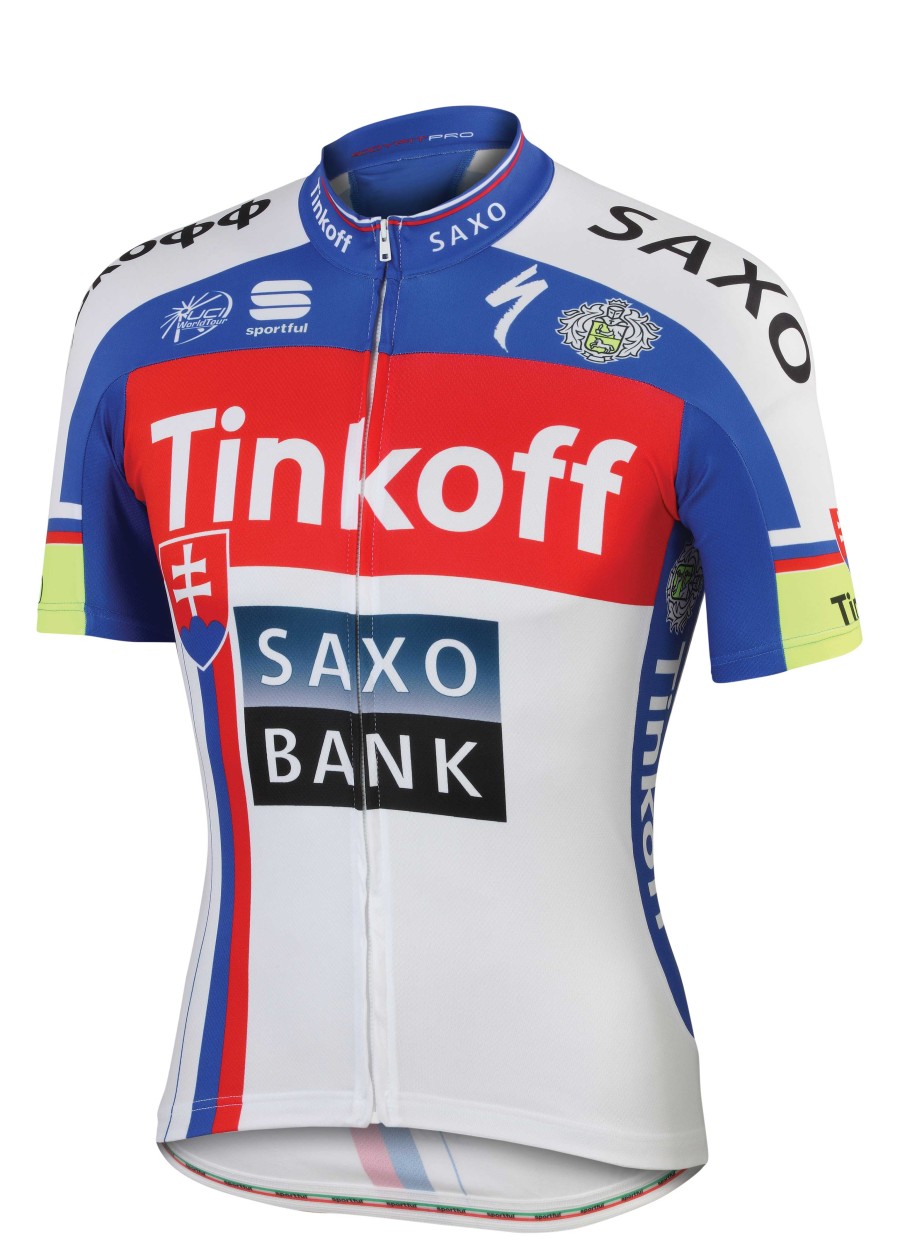 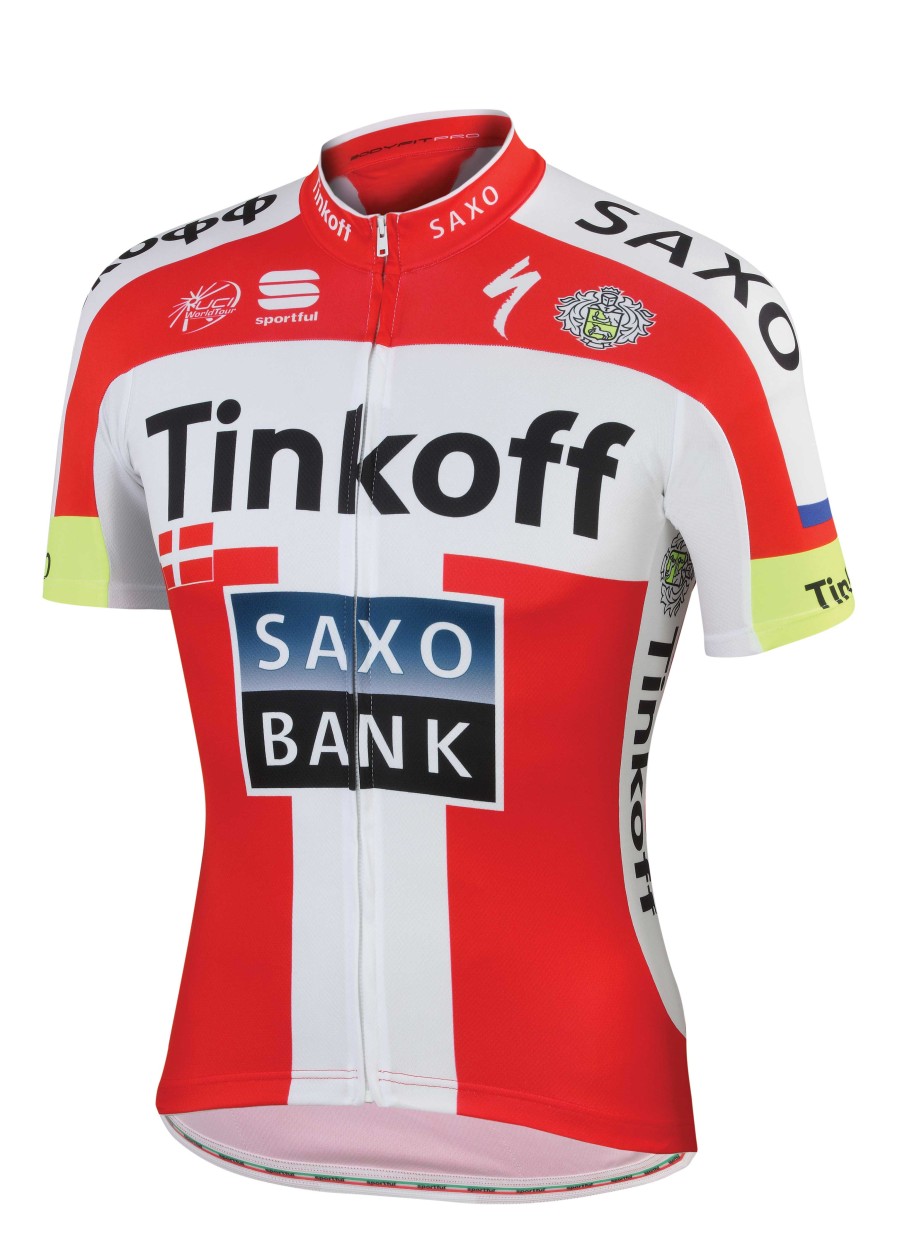 In addition to the racing kit Fluo, Tinkoff Saxo will also use a kit for practice with a bold camouflage print and neon accents, in all seasons. This estate will be inaugurated during the first training camp of 2015, the new winter base at JSH Resorts Hotel Il Piccolo Etna, at the foot of Etna, Sicily. 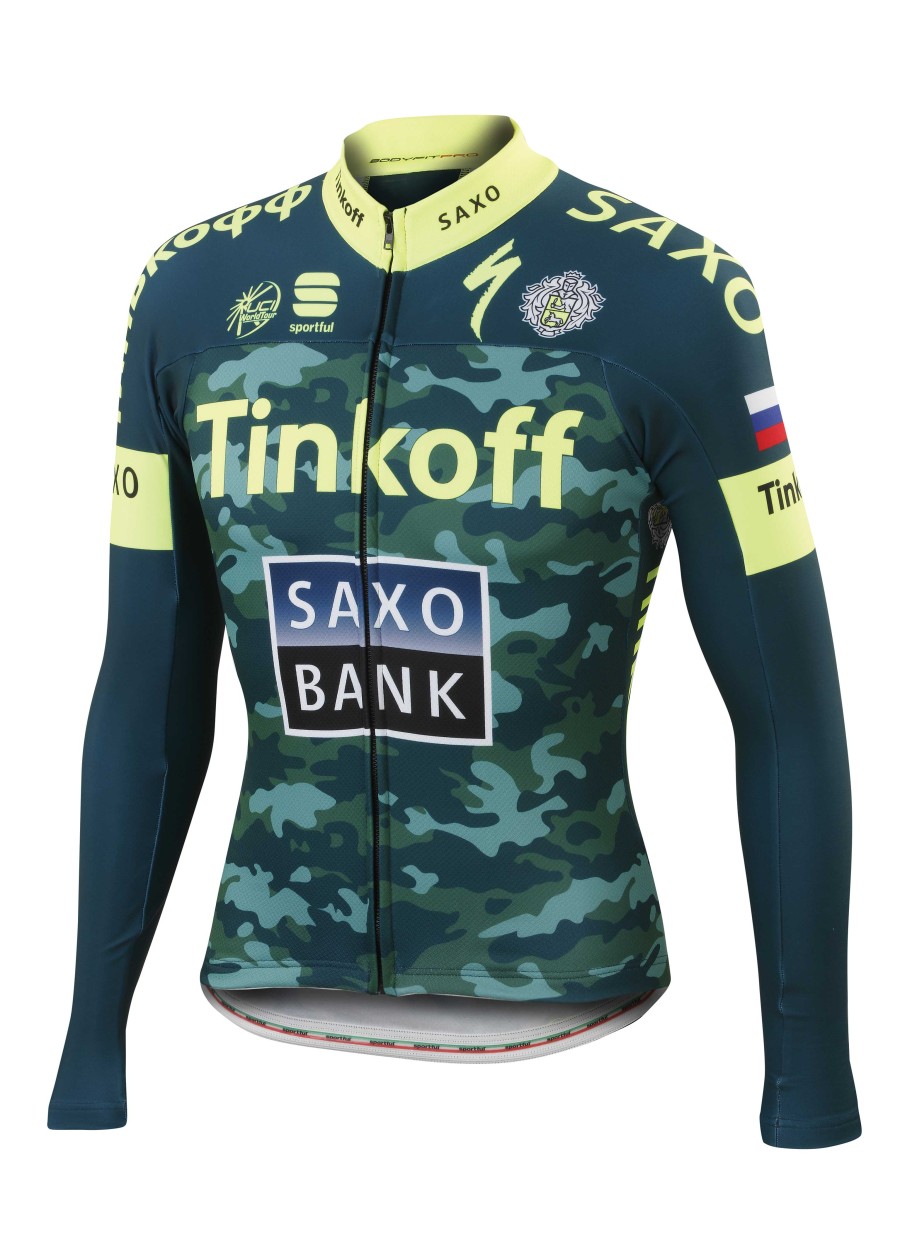 The Saxo Tinkoff is a team of professional road cycling licensed UCI WorldTour owned Russian entrepreneur Oleg Tinkov, whose stated goal is to become the biggest cycling team in the world.

The main sponsor of the team èTinkoff Credit Systems, the only Russian bank specializing in credit cards. The Saxo Bank, a specialist in trading and investment, will also continue to sponsor the team in 2015, as the second sponsor.

This family-owned Italian company began production of knitwear in 1946, but in 1972, the heir of that time, Dr. Giordano Cremonese, he joined the Marcialonga, the competition of cross country skiing, and decided to use the experience of his company to produce the kit race for that competition., Thus was born the brand Sportful, who obtained such a success that the ‘ entire company realigned production towards kits-country skiing, and then begin to produce also technical clothing cycling in 1985.

Since then the brand has become one of the leading brands in the industry, not only in Italy, but all over the world. The range of cycling clothes forefront got many awards for functionality, style and affordability, all while maintaining a quality image. For the construction of the garments are only used materials and manufacturing techniques more innovative, resulting from extensive research and development by some of the leading names in the world of cycling. Among the teams equipped by Sportful over the years are Olympic champions, world champions and winners of the Grand Tours.

Sportful is an official partner for technical clothing of Tinkoff Saxo since 2007.