Sportful and Pro Team Tinkoff have entered into a licensing agreement with the Union Cycliste Internationale (UCI) – owner of the iconic rainbow stripes brand – for the production and sale of this replica kit. The design adheres to the UCI World Champion regulations that celebrate the historic rainbow stripes. With UCI’s permission, the BodyFit Pro bibshorts for Peter Sagan are in a traditional black colour way. 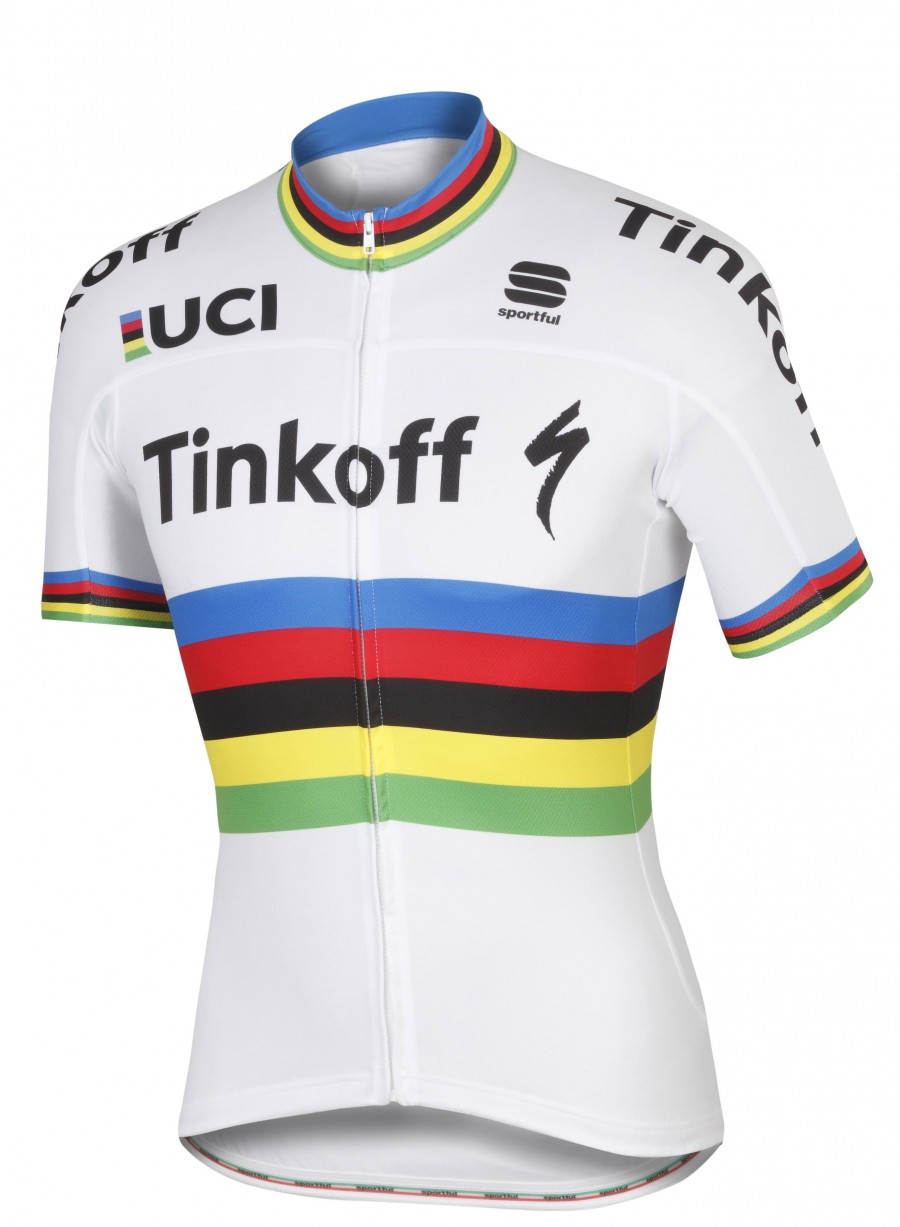 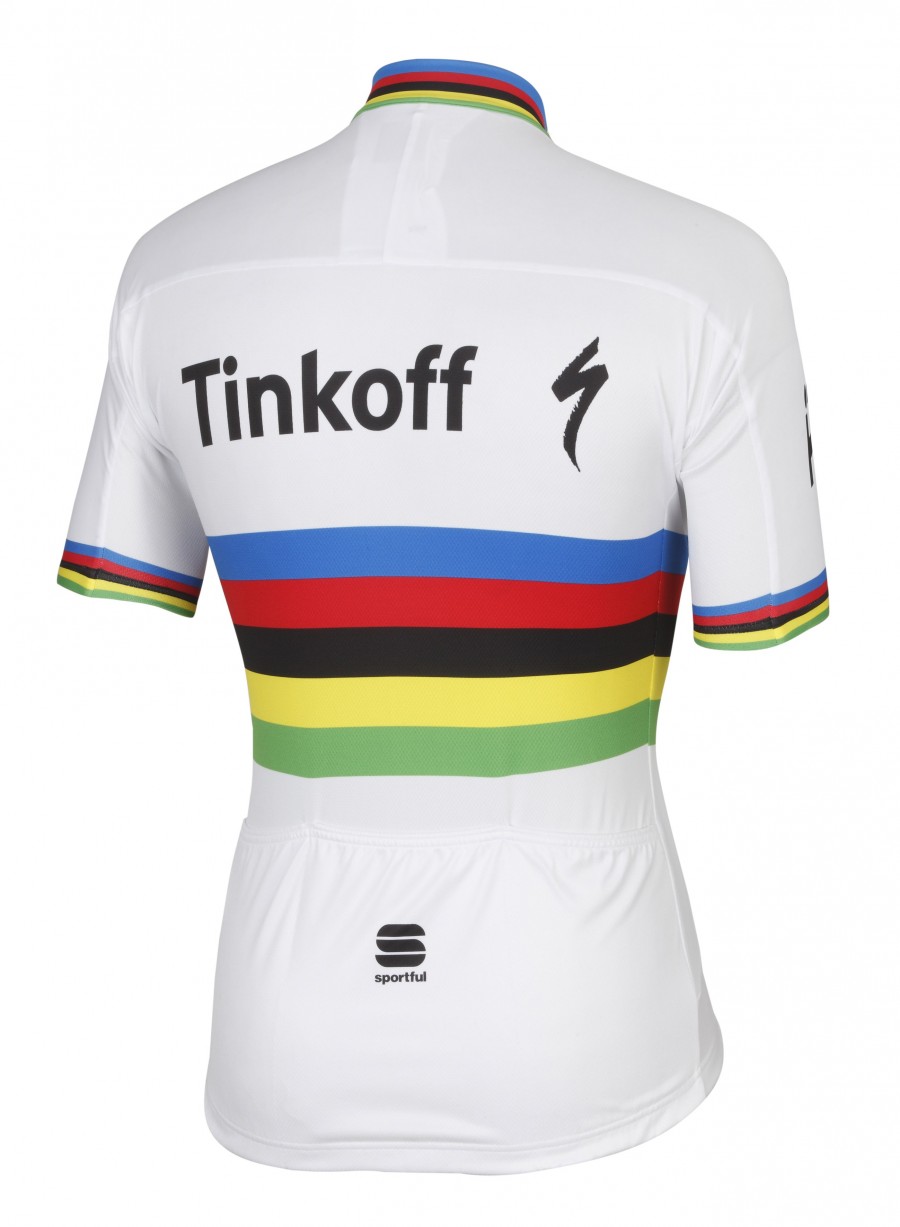 Sportful owner Dario Cremonese: “It’s a great honour to be given the opportunity to produce the UCI World Champion jersey again, we can’t think of a more exciting rider than Peter Sagan to be the tenth UCI World Champion to be dressed in Sportful”

Stefano Feltrin, Tinkoff Managing Director: “This kit will be worn with pride by cycling fans all over the world. Ever since Peter Sagan’s commanding victory last September at the UCI Road World Championships in Richmond (USA), we have been receiving numerous requests to make a replica of his very own jersey available to the general public. This is a clear demonstration of the appeal the UCI rainbow jersey has and the popularity of Peter Sagan. We are happy that we have now received the green light to give our fans the possibility to look like a champion.”

The kit is exactly the same products as used by Peter Sagan & the other athletes of Pro Team Tinkoff for training and racing and includes the BodyFit Pro Team jersey, BodyFit Pro Classic bibshorts, matching BodyFit Pro gloves and socks.

The UCI World Champion “Tinkoff BodyFit Pro kit” from Sportful will be available to order from selected retailers this week. 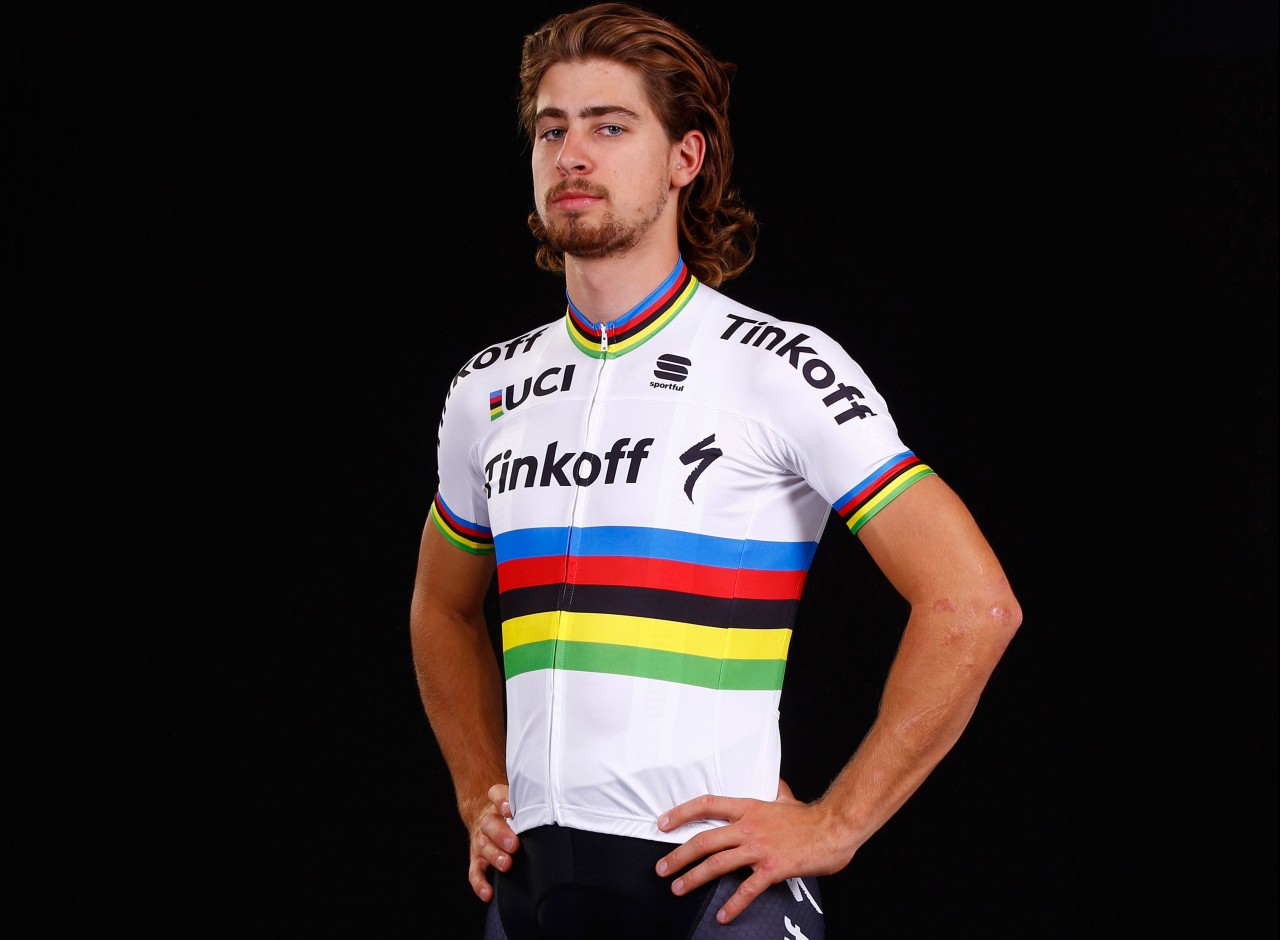