On the 14th of July, during the 10th stage of the 2014 Tour de France, after 20km of battling on, nursing a leg injury (later discovered to be a fractured tibia), bruised, battered, wet and covered in road rash, a dejected Alberto Contador finally admitted defeat and climbed in to the Tinkoff Saxo team car.

His face, a picture of pain and disappointment after a year of training harder than ever before, finding every possible way of getting faster than his rivals and focusing on victory, struggled to hold back the emotion.

His Tour de France was over. 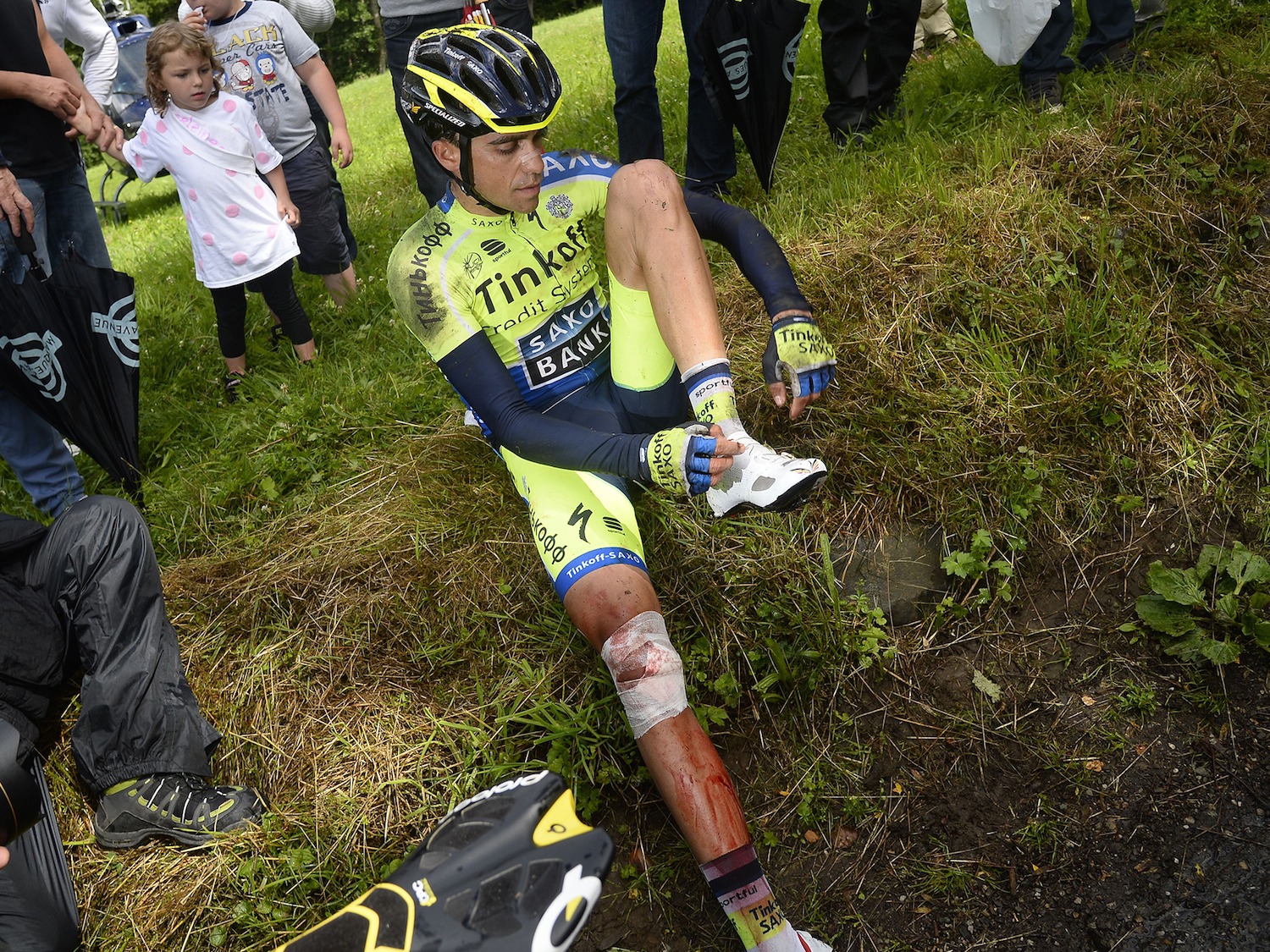 On the 14th of September, a mere 2 months later, his knee still healing, covered in physio tape in the colors of the Spanish flag, Contador stood on the top step a podium in front of the magnificent Catedral de Santiago de Compostela, crowned the winner of the 2014 Vuelta a Espana.

Redemption did not come easy.

Shortly after leaving the race Contador began using the turbo trainer, though only using his ‘good leg’ then a week later he had to undergo a small surgery to remove dirt and grit still trapped in the open wound on his knee. It looked like a quick recovery was not going to be on the cards.

Even as late as mid August Alberto was not expecting to be able to ride the Vuelta, his knee still causing some pain and his form suffering from the limited training he could do.

On the 14th of August he officially announced he had decided to ride the Vuelta, his knee pain had finally stopped and his climbing ability was coming back, a stage win was what he would aim for…

With the Tour de France taking so many GC casualties the line up for the Vuelta was formidable, Froome, Rodriguez, Valverde, Quintana and the up and coming Fabio Aru… Even a stage win would be a tough challenge.

As the first week rolled along it was clear that Contador’s form was good enough to stay with the rest of the GC rivals, giving fans a glimmer of hope, but did he have the attacking power that he was famous for? 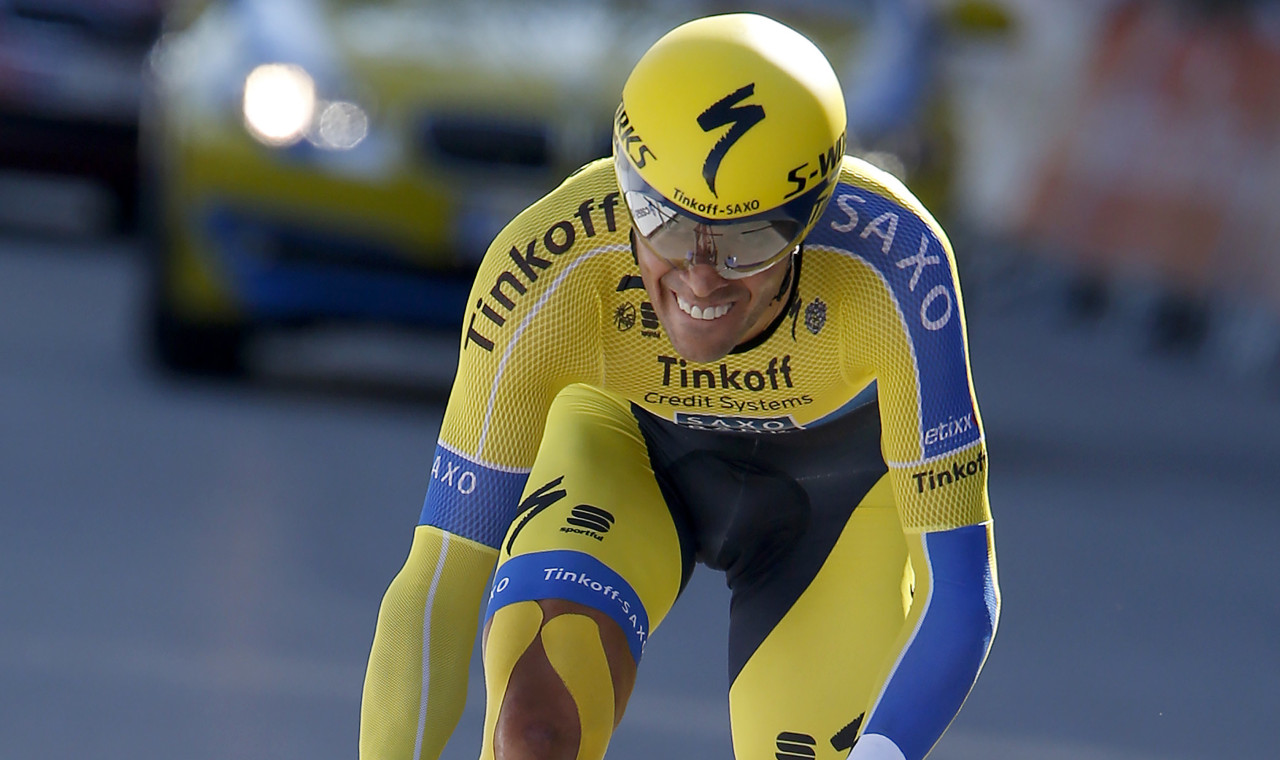 On stage 10, Contador gave us his answer. The individual Time Trial, not a discipline that usually allows Contador to turn the tables. His warm up done and wearing his new custom Sportful speedsuit, he set off on the 34.5km route knowing that this was a chance to make a difference. By the first time split he was the fastest rider, faster than Cancellara and even the eventual stage winner Tony Martin. He was flying.

The final result, Contador leapfrogged the rest of the GC contenders. 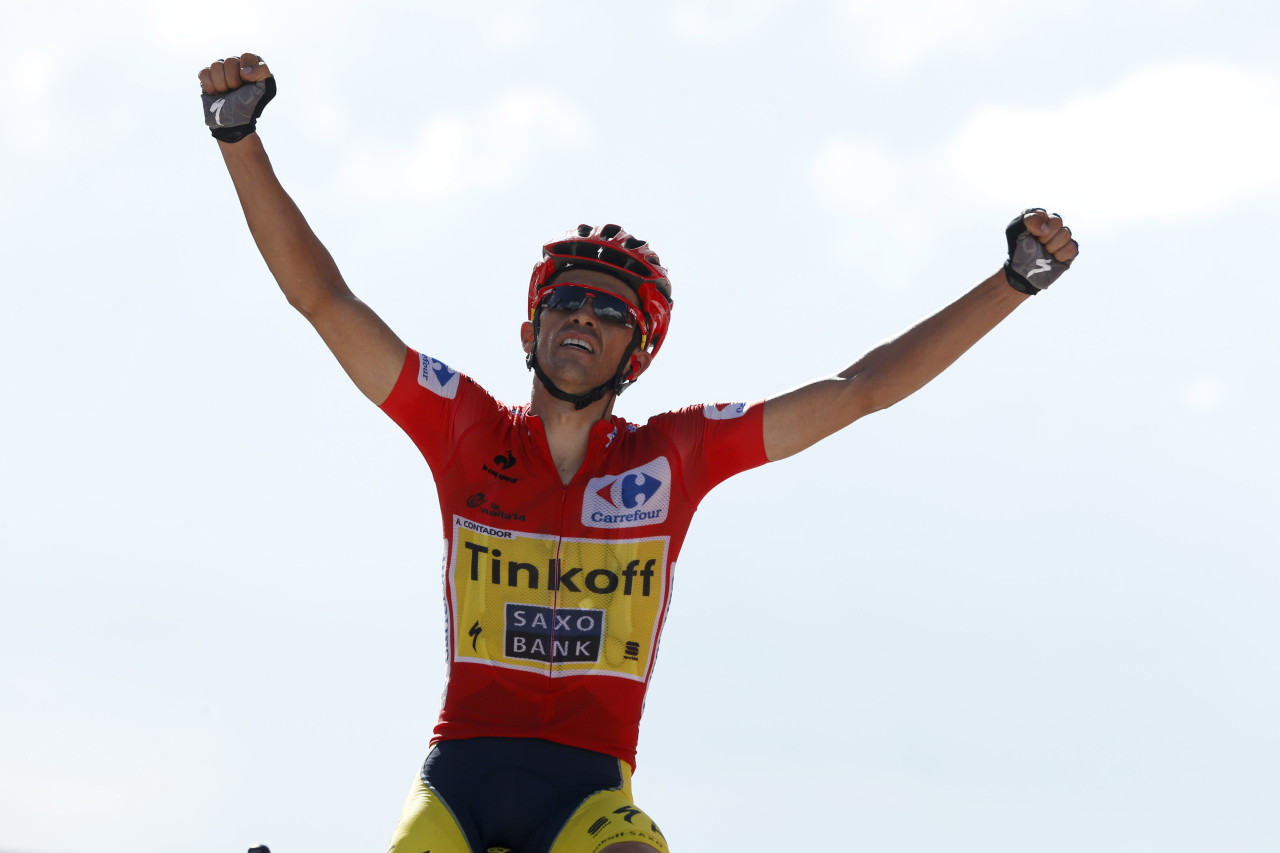 The next few weeks saw Contador fend off his rivals on more familiar mountainous terrain, grabbing two stage wins in the process and carrying the red leaders jersey on his shoulders all the way to the finish and his 3rd Vuelta victory, as well as a lead on the UCI Worldtour ranking for 2014.

For most riders the events of the 14th of July would have been a close to the season, for Contador the adversity only served as fuel for his determination.

Here’s to an amazing season for both Alberto Contador and Tinkoff Saxo, thanks for all the hard work, dedication and exciting racing!

We are already excited to see what 2015 will bring! 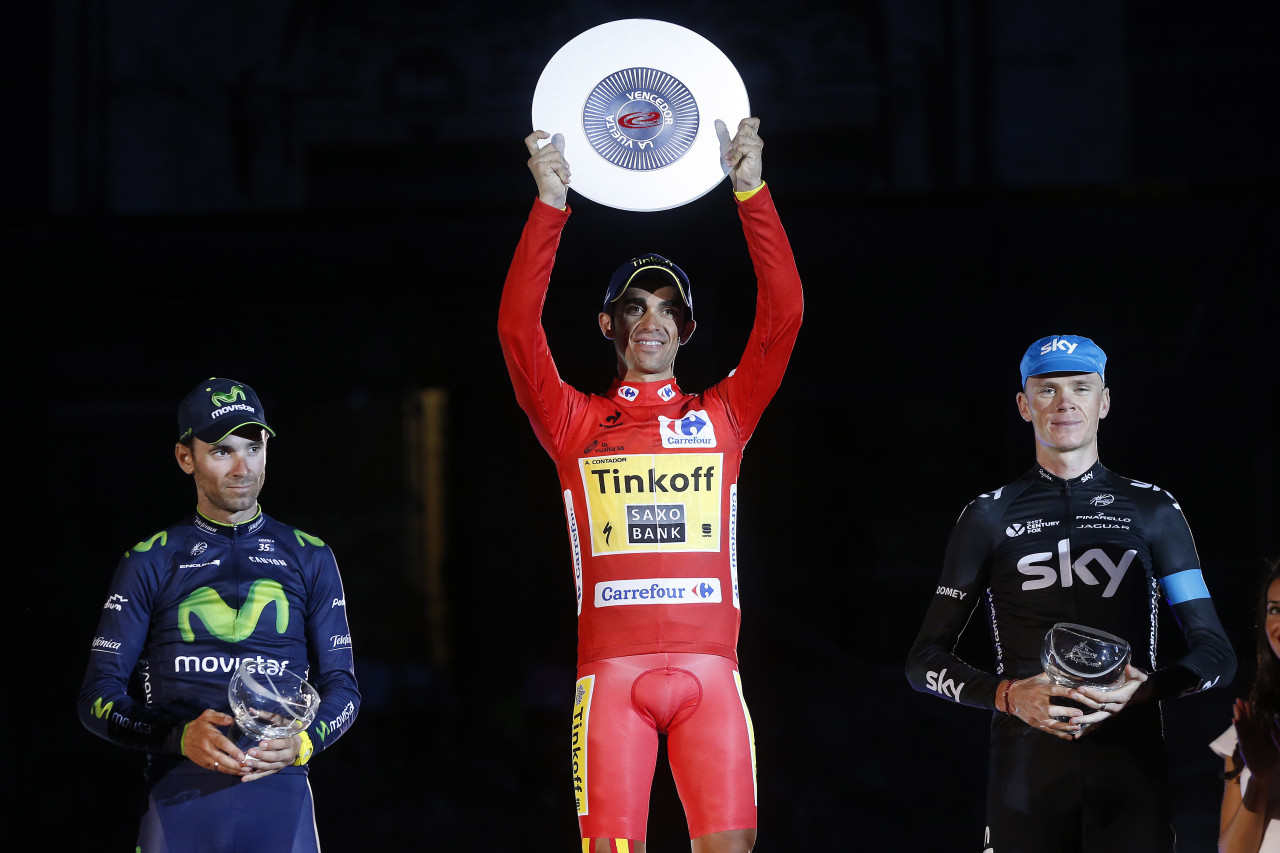