Breaking away or deciding the sprint, when BodyFit Pro is in the mix at the end of a race, it’s aerodynamic superiority makes sure that Sportful athletes are always poised for the podium.

This year’s Ronde Van Vlaanderen was a perfect example of BodyFit Pro’s qualities; with around 25km & two bergs to go, Tinkoff’s reigning World Champion Peter Sagan pushed a punishing pace leaving the others behind, finally shedding his last opponent on the Paterberg. On the descent and flat run in to the finish he built up a lead of 25 seconds, staying low and aero. 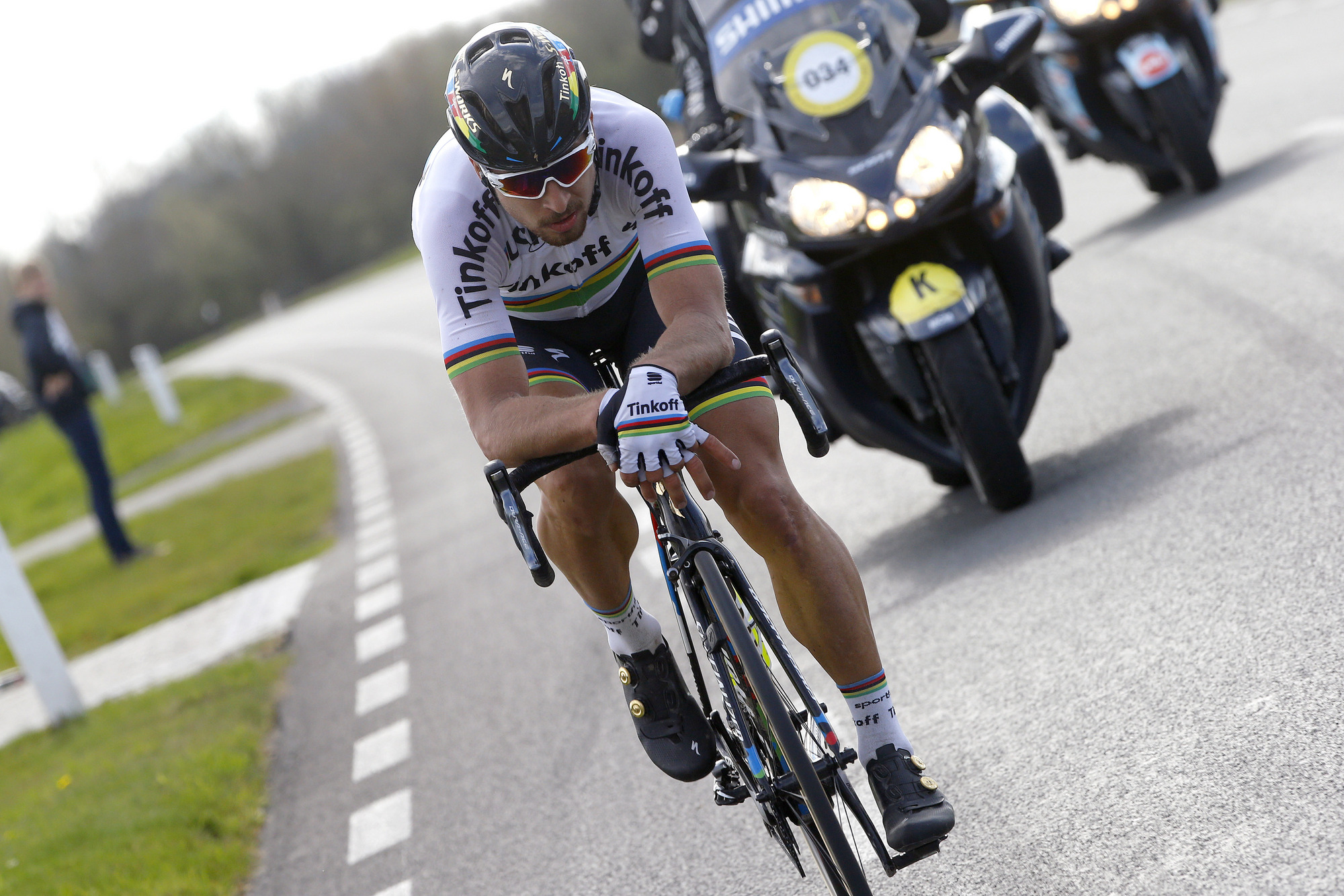 Finishing alone he celebrated with a signature one handed wheelie, his first monument won and in World Champion colours no less. 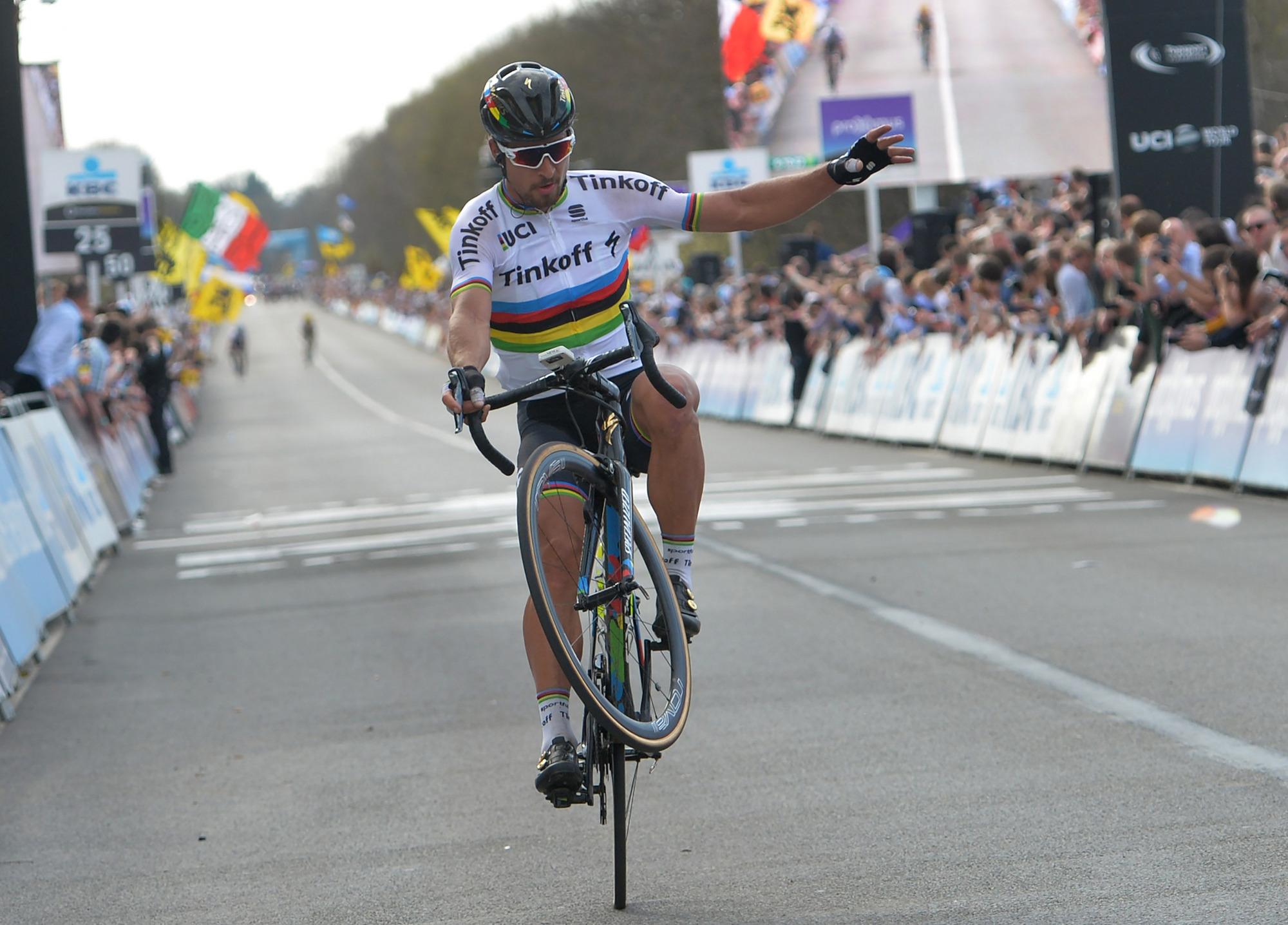 The 2016 race isn’t the first time BodyFit Pro has been taken on a long breakaway at RVV – in 2010 our first iteration of the Bodyfit Pro kit was on the shoulders of Saxo Bank’s Swiss Champion Fabian Cancellara as he famously took flight on the Kapelmuur, soloing to a 1:14 advantage. 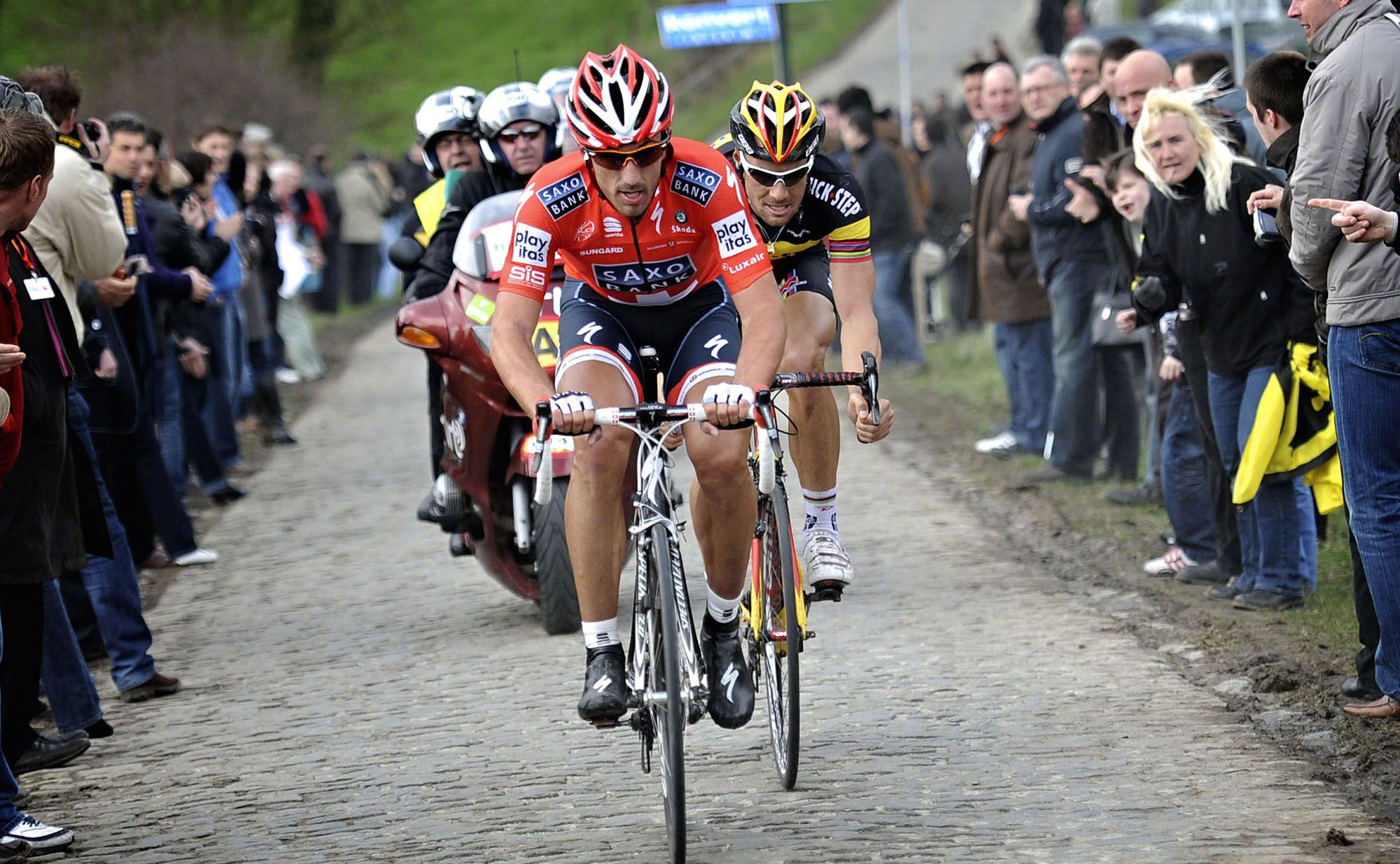 Cancellara powers to the front – 2010 RVV

BodyFit Pro has been revised since then, we’ve found fabrics that balance stretch with breathability, re-designed the jersey for better ergonomics and strategically placed stitching out of airflow for better aerodynamics. The concept hasn’t changed; it’s designed to be the perfect clothing for speed and comfort at a pro level.

Designed to give Pro riders everything they need for racing and training it’s also our best all-rounder kit for all day riding – whether you are taking on the Monuments or just out for a Sunday ride.

One of the core aspects of BodyFit Pro is the ergonomic design – every panel and seam is placed in the optimal position for comfort and aerodynamics on the bike, there’s no loose material catching in the airflow or bunching up and causing irritation, everything is just right. 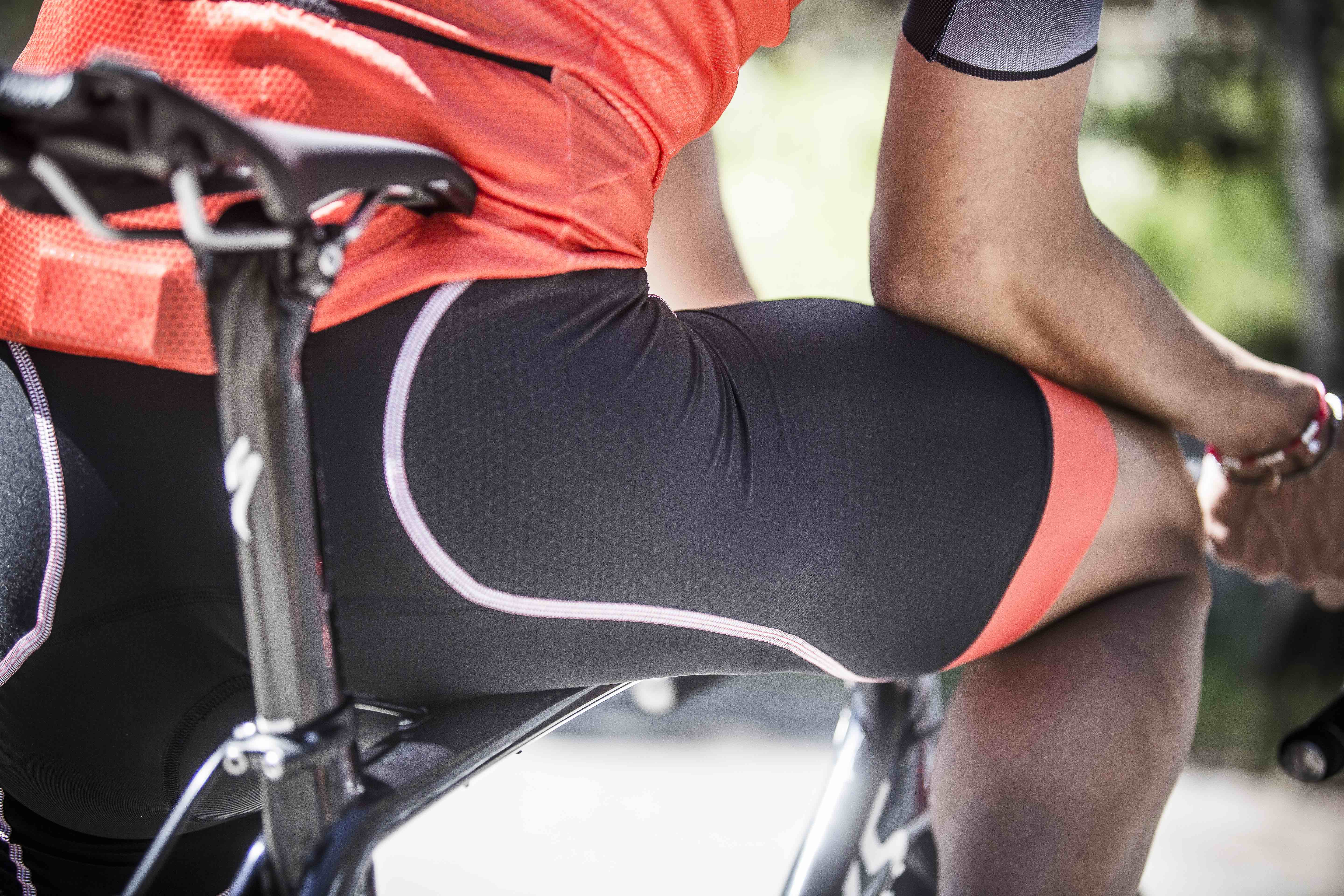 Ergonomic AeroFlow Compress panels & stitching out of the airflow.

Take the curved cut of the BodyFit Pro bibshorts, cut to sit perfectly in between pedal revolutions with just the right stretch to reach the top & bottom of the stroke, or the seamless shoulder panels on the BodyFit Pro Race Jersey that give a smooth aerodynamic leading edge to the rider, helping to cut through the air more efficiently.

In Wind Tunnel test its significantly faster than the next best jersey we tested and faster than some of the leading TT suits on the market. 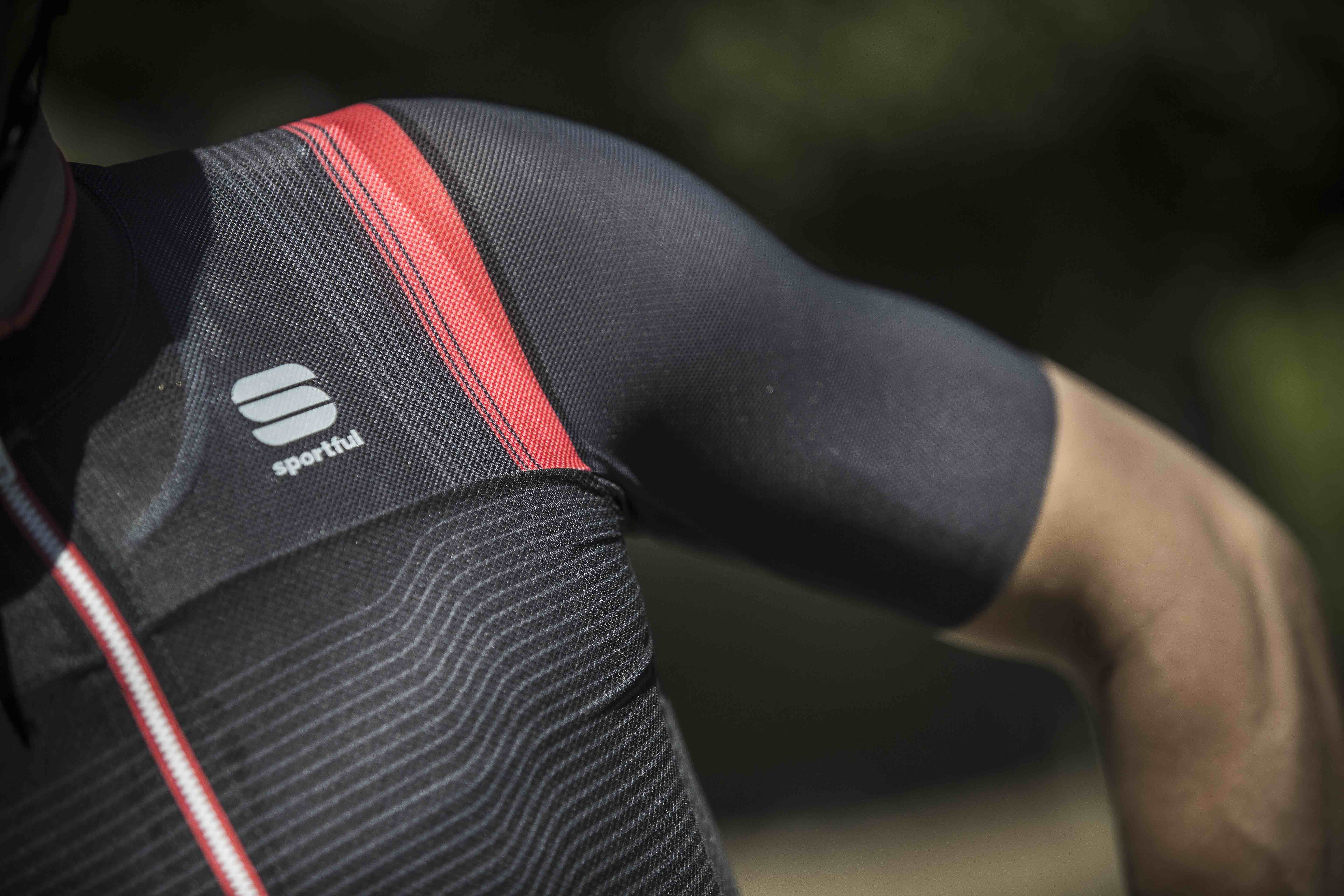 Fabrics are also important, both for comfort and aerodynamics. The AeroStretch Mesh used on the shoulder panels allows heat & moisture to escape without letting harmful UV rays reach the skin all of which while being extremely aerodynamic. On the BodyFit Pro shorts the AeroFlow Compress material features a dimpled structure that improves airflow over the legs at the same time as offering compression to the muscles to reduce fatigue.

Whether it’s Tinkoff’s fluo yellow with sponsor logos, one of our BodyFit or Gruppetto graphics or personalized by our Custom Team department you know you are getting kit that has been designed for the rigours of pro racing.